So I’m currently in Nigeria and have been exploring the food scene, among other things (I’ll make a post about my trip later on), for the past few days. My dad’s chef, Mr. Gebert, has been kind enough to not only tolerate my lurking well within his personal space, toting a massive camera with an obnoxious zoom function, but has graciously offered to explain his entire process along the way. #WINNING!

Today’s post is about the giant snails he began preparing last night, a.k.a. the African Land Snail.

Growing up in Nigeria, I’m no stranger to the species, yet surprisingly enough I had never witnessed its preparation until I stumbled into the kitchen last night for a handful of chin-chin (but that’s for another post). 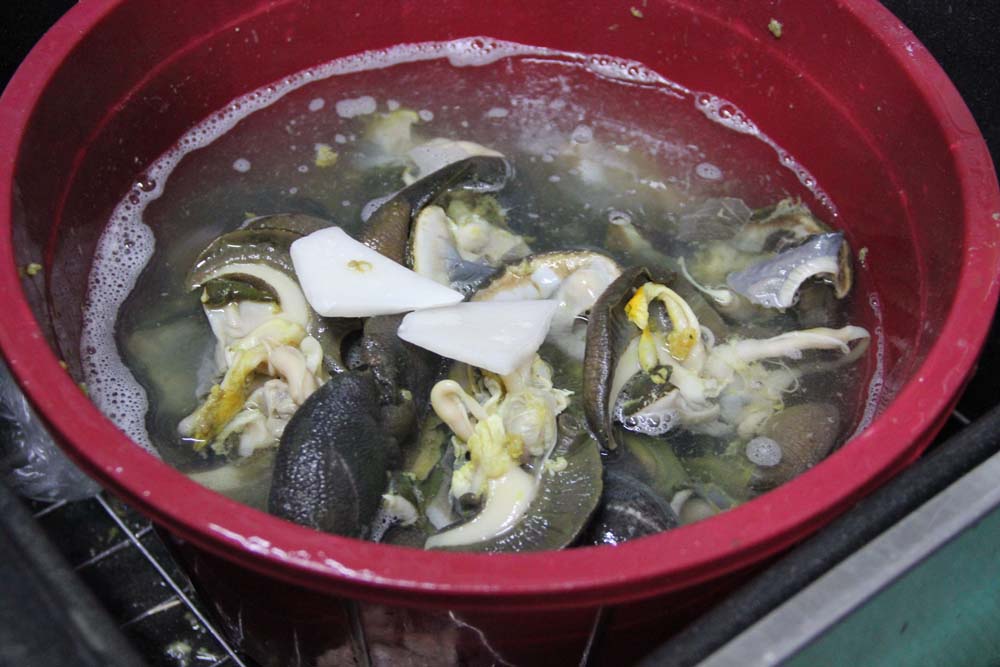 As I watched Mr. Gebert plunge the slimy mollusks into a basin of water and deslime them with two or three blocks of alum (above photo), I gradually moved from utter disgust to intense fascination. Once deslimed, into a pot they went where they were covered with water, brought to a rolling boil and left boiling for 10 minutes before being drained.

Next he coated a pan with oil and, without heating it up, immediately added the snails with slices of tomatoes, green peppers, onions, a generous pinch of grated ginger and a grated clove of garlic. He cooked this for about 10 minutes over low heat, finished with salt and pepper to taste, and served it smokin’ hot. 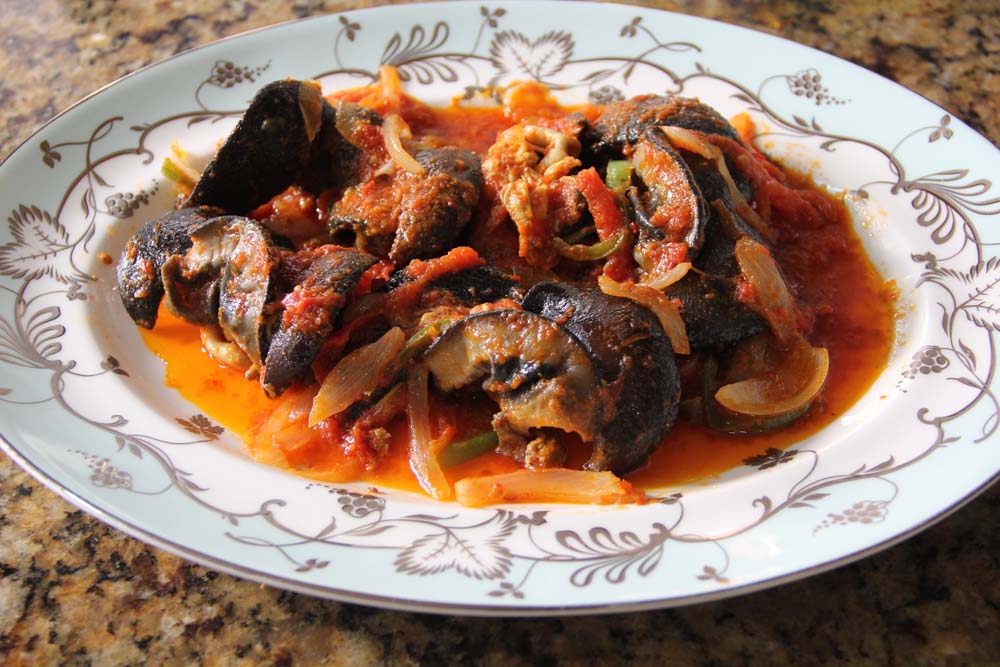 I came across the following video of Tim Hayward, a food writer and cook, explaining how to cook African Land snails. Check it out: