If you didn’t know, Smorgasburg is one of the hottest food markets in Brooklyn. Hosting over 100 vendors every weekend in April through November, this mini food mecca is open free to the public from 11am-6pm at East River State Park on Saturdays and Pier 5 on Sundays. At the open-air market you’ll encounter the brilliance that is a ramen burger or a pancake burrito and the yumminess of perfectly seasoned Jamaican jerk chicken or chicken gizzard skewers. 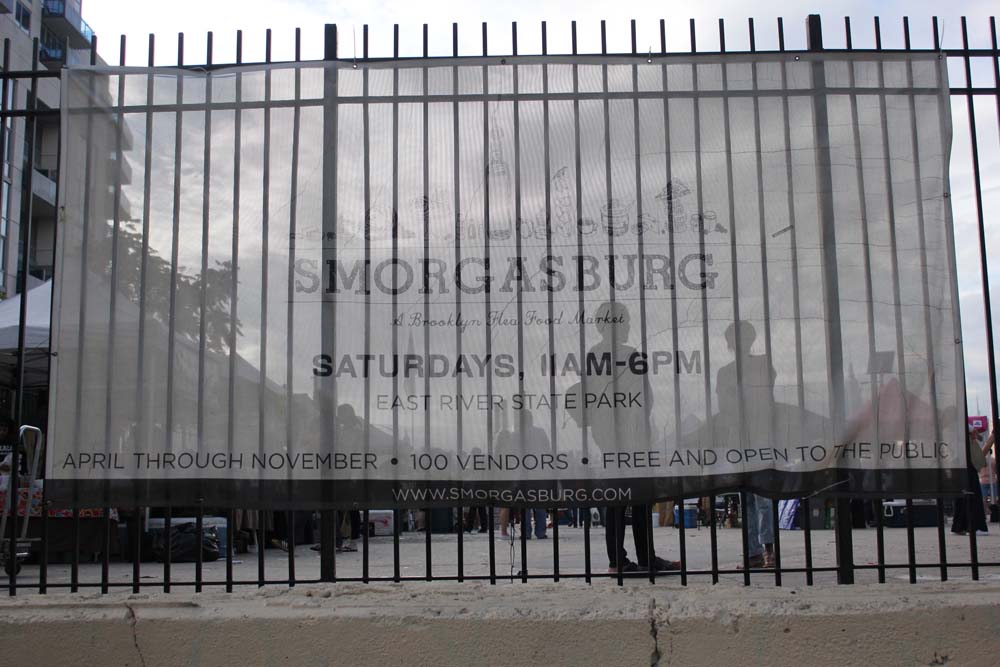 Over the weekend I dragged my friend, Stella, along for some ogling, some nibbling and some minor food modeling (the latter may have been a bit of a surprise to her, so do let her know what a fabulous job she did propping up food in the below pictures! :D). There’s a wide range of appetizer sized portions served at this event, and although the portions are fairly small, a few dishes can fill you up fast, so I do recommend going with a friend with whom you can share some plates. This way you can avoid feeling full too quickly and can try out more options!

Lastly, expect to spend an average of $5-$10 per dish. And if you can, go early! The good stuff sells out quick.

Below are some of the foods Stella and I liked…

**For me, this savory crunchy treat was a bit on the salty side and could have benefited from a thick sauce or even a runny yolk (huge runny yolk fan here!) to help add a milder layer and different texture. Nonetheless, it was definitely a delicious and creative way to serve pancakes — love it! 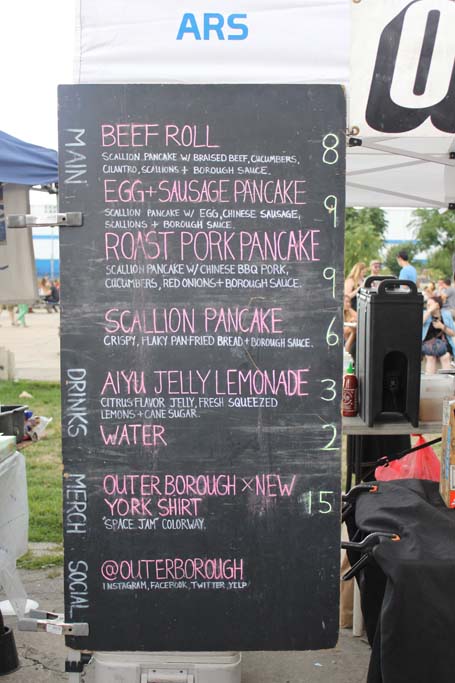 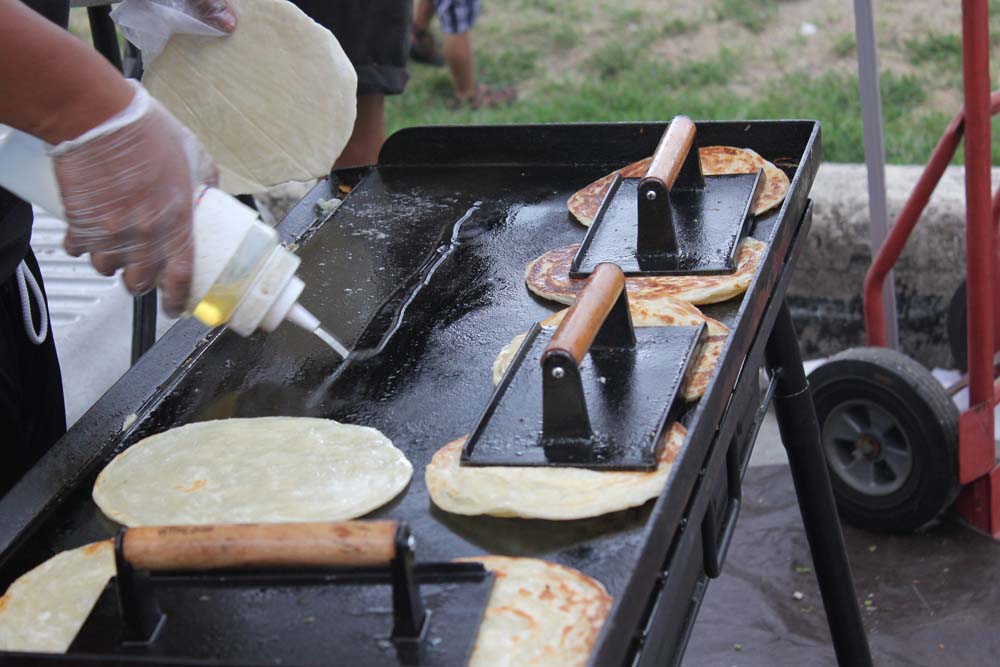 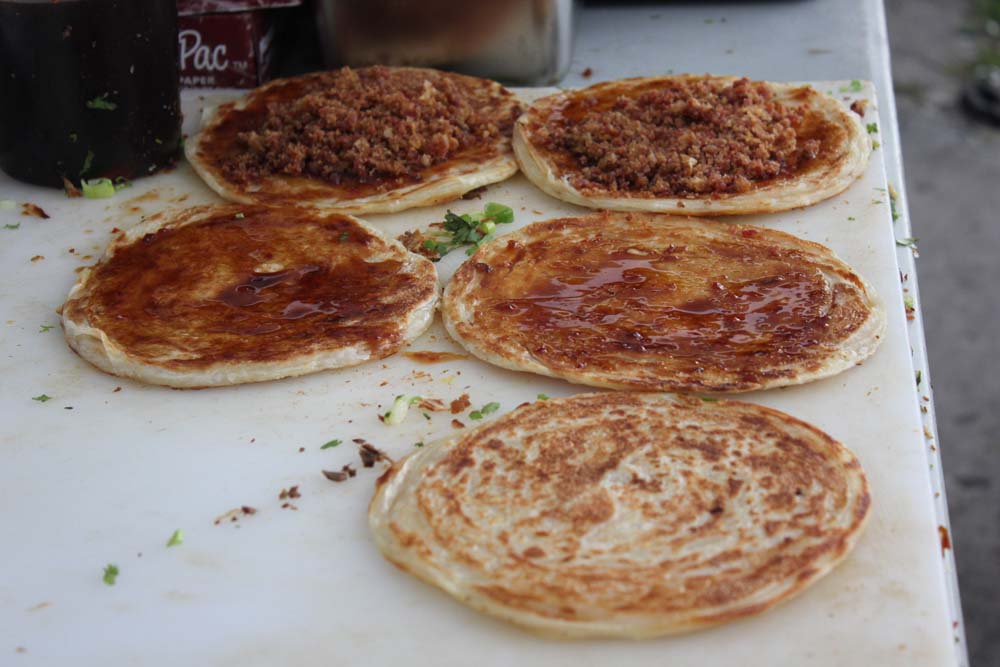 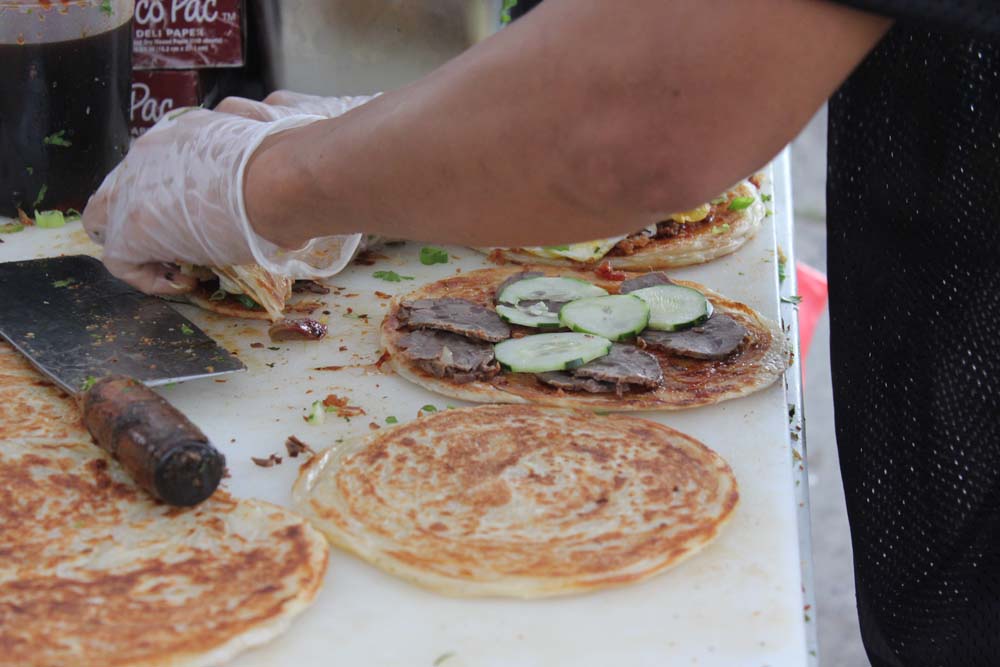 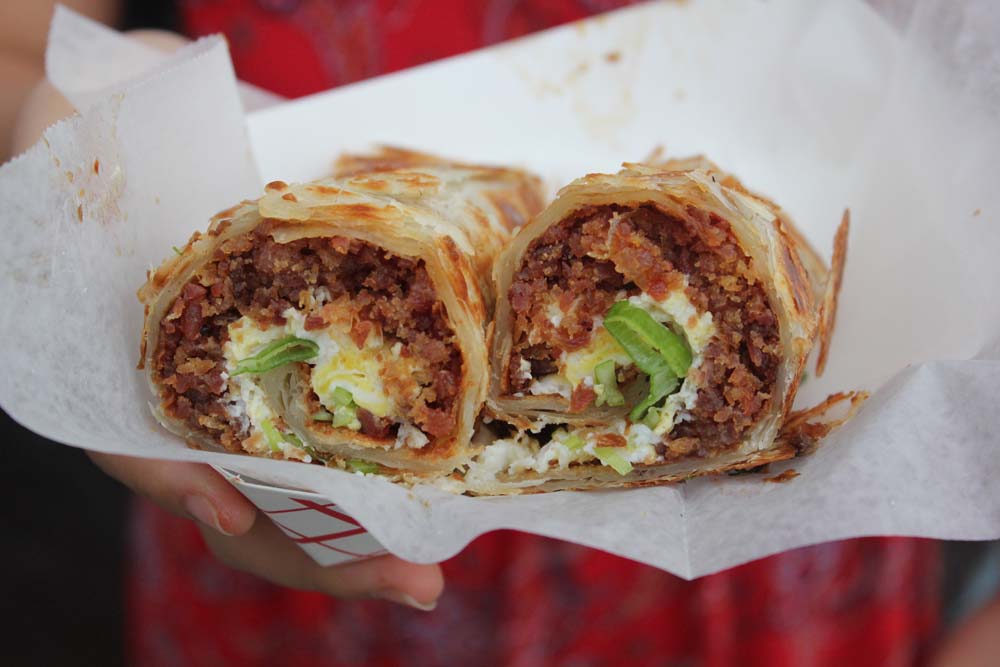 **Though many shy away from gizzards, they’re certainly a popular option where I’m from (Nigeria). Like other parts of the bird, with the right season and cooking method, they’re as tasty as anything else! 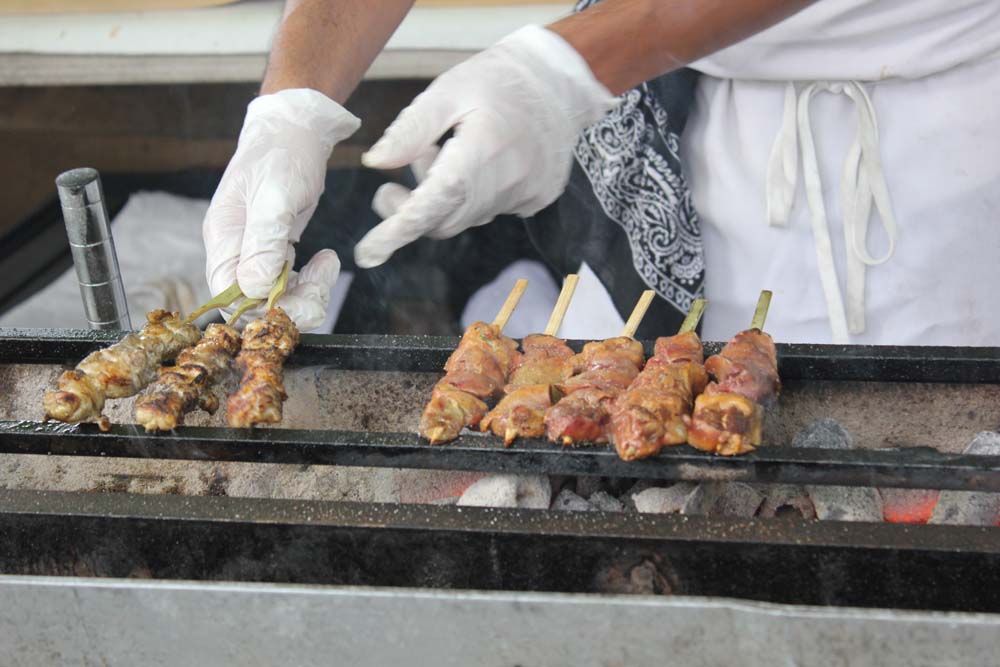 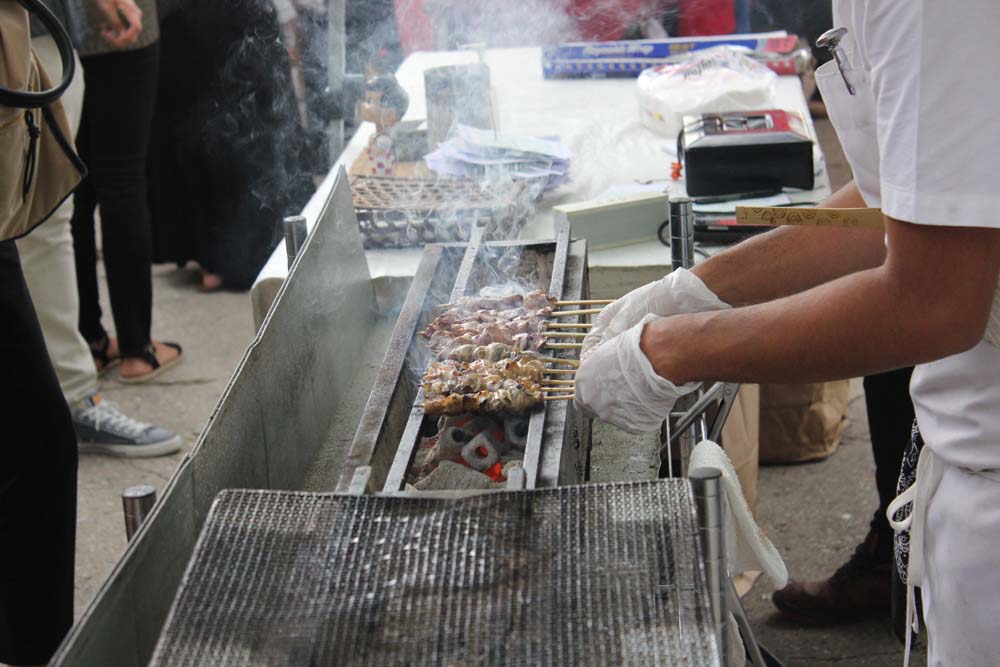 **My very first Chola sandwich! I would have liked for the bread to be softer, though I’m not sure whether it’s traditionally supposed to be on the firmer side? (I’ll let you know once I visit Bolivia ;P) Nonetheless, it wasn’t bad. Pretty tasty stuff. 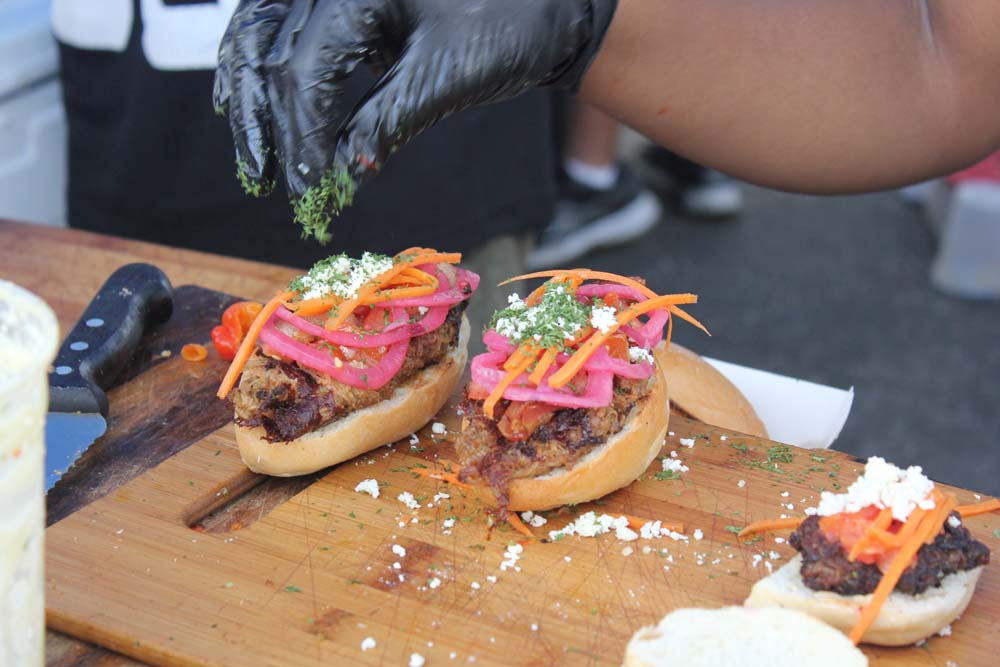 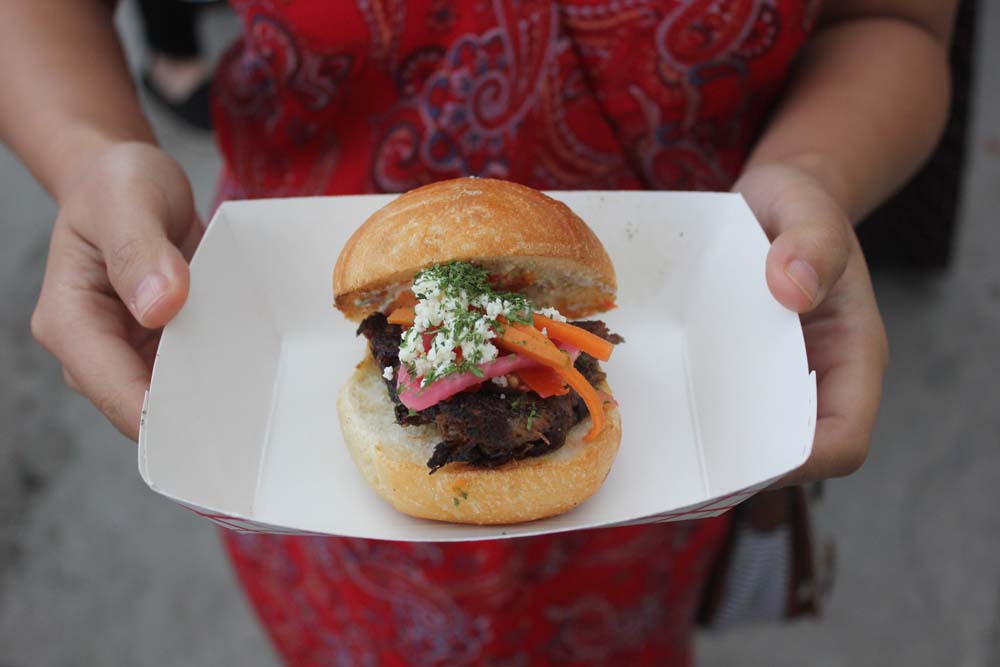 **When I arrived at about 4pm, this booth had the longest line! Sadly, I waited till the event had nearly ended before making my way over, and they were sold out of their most popular flavor — surprise, surprise. I ended up choosing the almond toffee, which was still really good! Definitely a must try booth, and I’ll be back for more flavors! 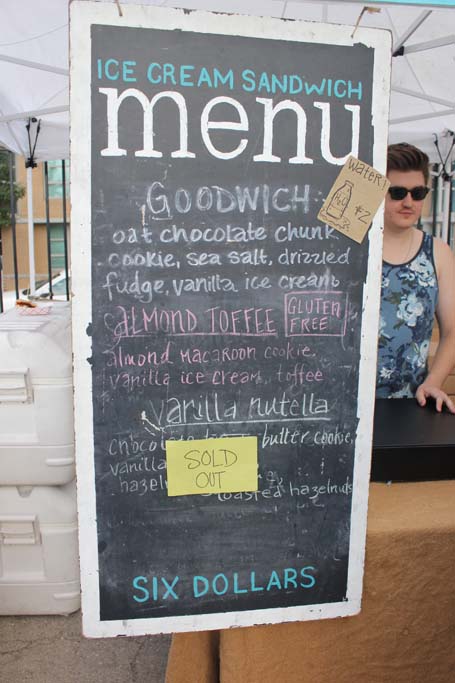 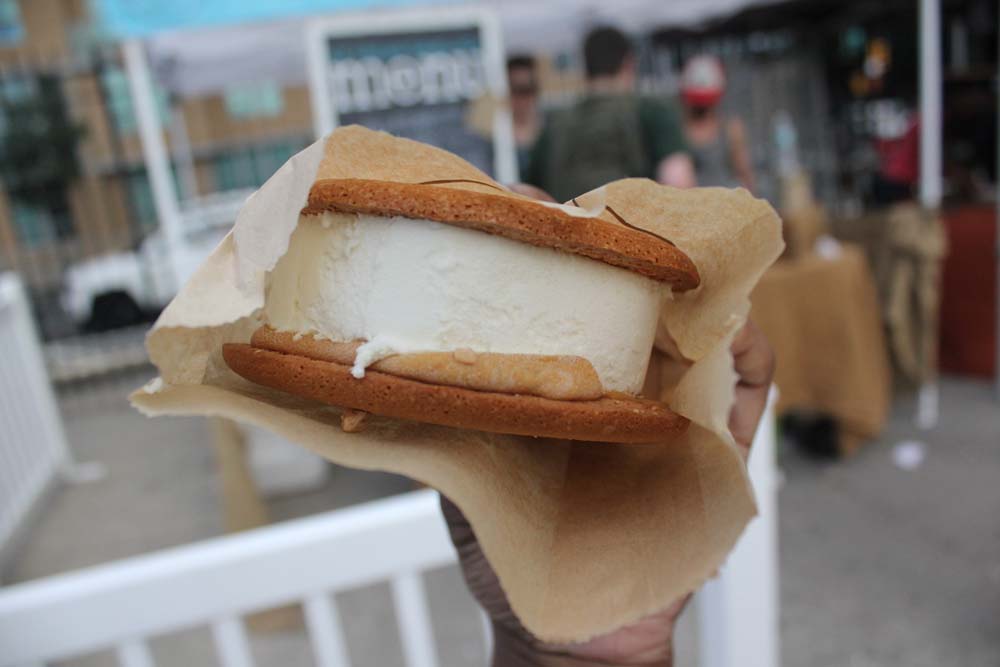 I do wish I was able to try the ramen burger before it sold out! The wait was apparently 30 minutes, but I will be back before November…and EARLY! I’d also like to try Sun Noodle while I’m at it.

Have you been to Smorgasburg before? Let me know your picks!